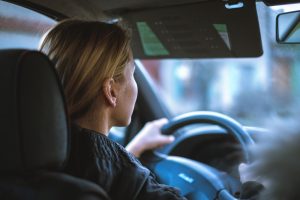 In the United States, distracted driving has grown to be a serious public health problem. Due to the prevalence of cellphones and other gadgets, drivers are more tempted than ever to lose focus on the road. Drivers are increasingly diverted by smartphones and navigation apps, and in-car sound systems in addition to the food and drink, kids, dogs, passengers, and other usual distractions that have always been there.

The fact that texting and driving frequently results in fatalities is the main justification for not doing so. This is not some unlikely or occasional event.

With a huge population and a lot of hazardous routes, Florida has a high percentage of distracted driving fatalities. The fact that distracted driving kills is a clear-cut, undeniable reality. Every day, we all take precautions to avoid hurting others, and refraining from messaging while driving is one such easy action that has been shown to be life-saving.

IF YOU ARE TEXTING WHILE DRIVING, THE STATE MAY CHARGE YOU WITH HOMICIDE.

Charges for homicide may occur from texting and driving. Various states have different manslaughter laws that are based on auto accidents. It is neither hypothetical or out-of-date for law enforcement to prosecute someone with vehicular murder in Florida for having an accident that ends in a victim’s death.

Texting while driving is prohibited and has repercussions.

Even if a motorist is not charged with homicide, texting and driving can result in a number of severe legal repercussions. The state may still file further charges against a texting motorist, such as careless driving, even if the accident victim survives. They could also receive traffic citations. Regulatory penalties, such as points on your driver’s license or large fines, may be imposed for these.

MANY HANDS-FREE OPTIONS ARE AVAILABLE

There are several technologies that can lower the risk of using a phone while driving. You may send messages with the use of voice-to-text technologies. Earbuds or Bluetooth can be used for hands-free choices. When you get into a modern car, Bluetooth in many of them will instantly pair your phone with the music system. These devices can significantly lower the danger associated with using a phone while driving.